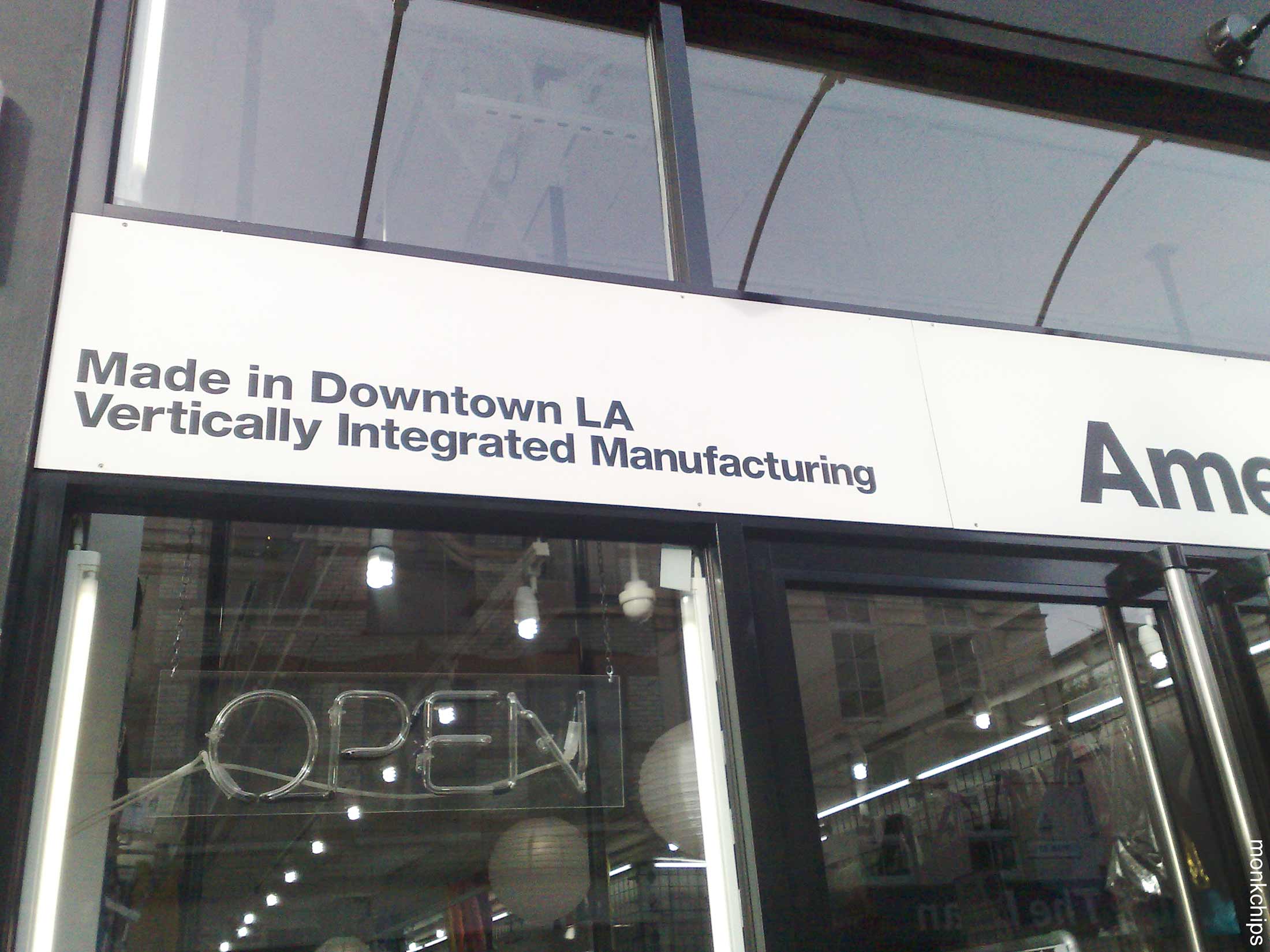 Since 1989, American Apparel has distracted folks from the importance of their company in the world of fashion, and now they are closing. A huge failure for American manufacturing, and a huge failure for spreading sweatshop-free awareness.

Unfortunately, narrow-minded consumers and fast-fashion addicts will use American Apparel as a case study for years to come. Because, you know, look what happened to American Apparel.

But that’s ok now, because the model has been proven wrong and AA has officially been swallowed up by a gigantic producer of sweatshop goods. Even Cosmopolitan magazine posted this quote claiming:

“[Gildan does] have a plan, and that plan doesn’t involve U.S. manufacturing and certainly not Los Angeles manufacturing.”

Sweatshop Free and Made in America didn’t have to end this way, but American Apparel was like a suicidal crackpot that climbed a mountain, only to leap off in eminent self-destructive hispter glory. If American Apparel were a depressed, isolated, and socially-awkward teenager desperately trying to find their place in the world, it would be a cutter.

American Apparel apparently hated itself when it looked in the mirror – wait, did you see the clothes they made? They obviously didn’t look in the mirror. The board hated the former CEO; the former CEO must’ve festered some hate for the board after being kicked out in 2014; the employees seemingly hated the customers, etc. Pure hate there.

$88,000,000 is all is took for Gildan to shut the door of their ethical competitor. Now we’re fucked. The most fucked are the small businesses who design and sell t-shirts proudly “Made in America”.

The stores will close by the end of April. Right now there is a 40% off sale the brand keeps spamming Twitter about.

Farewell to the best place for dancers to buy tights and hookers to buy fishnets.