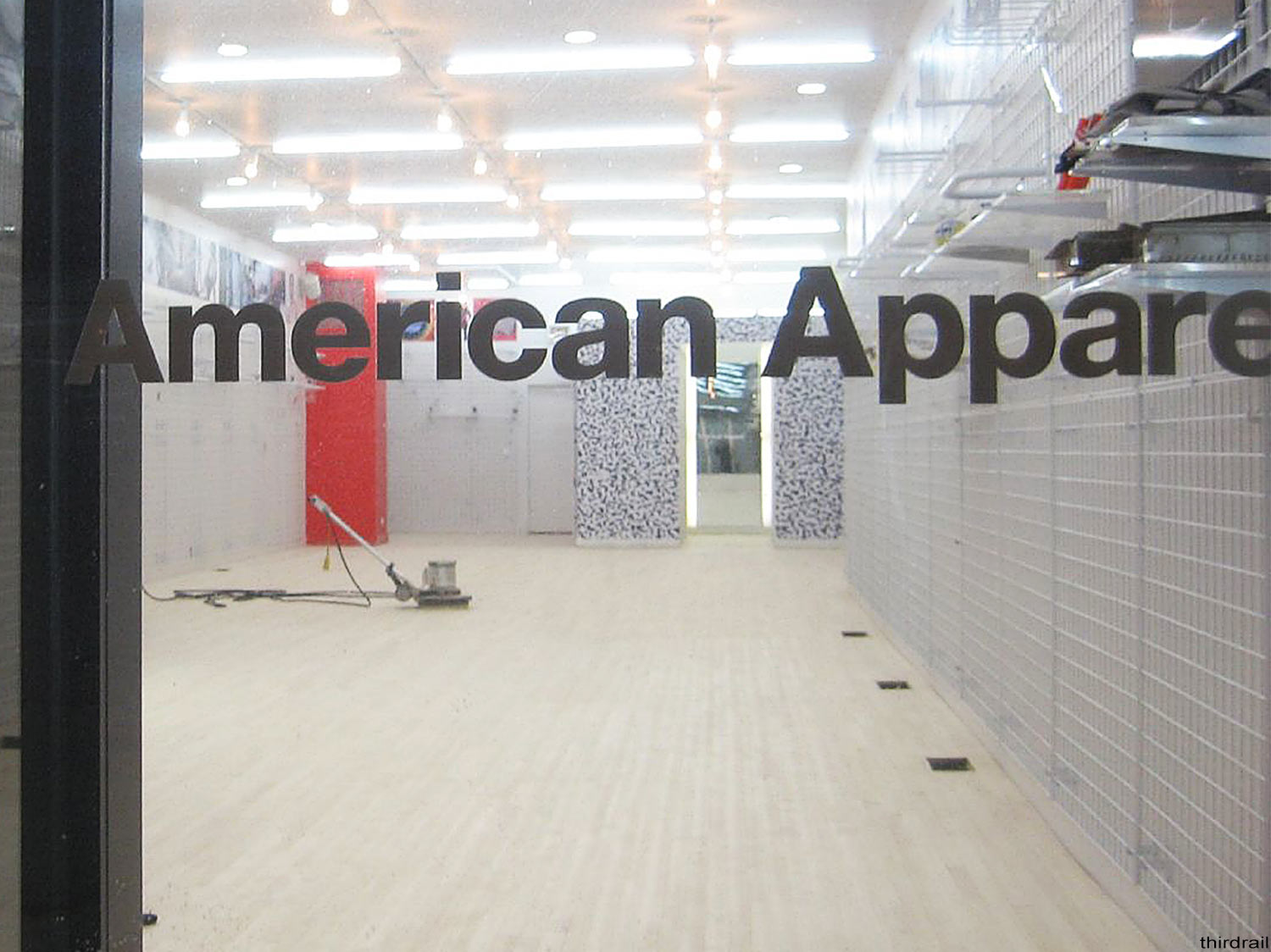 We blogged about American Apparel going bankrupt way back in 2010. The largest manufacturer of clothing in USA, isn’t closing… yet. They’ve filed for bankruptcy, but it doesn’t mean they are going under. This is not an article about AA’s demise.

Glad that’s cleared up. Now, let’s try to tackle some of the nonsense being spewed out on social media. After all, American Apparel’s failure isn’t proof that consumers don’t care about sweatshop free products.

The hipster movement is not big enough to support 130 stores. The pants are cut like something that you could get from a Goodwill bargain bin for $5. It sucks that they can’t have better designs because the quality is actually top-notch.

The people they hire tend to have major attitude problems. And they’re always watching you like you’re about steal something. For that reason, it’s not a fun place to shop and never feels like a welcoming store to be in.

The founder projects a non-conformist counter-culture vibe, but they invade your privacy by forcing you to give them your full name and email address in order to get a sale price (even if you’re paying with cash).  Other awkward inconsistencies stir up when they advertise being sweatshop-free, but are vehemently anti-union – which also happens to be one of the things that helps keeps a factory from turning into a sweatshop.

We’re not talking about the ads. What we’re talking about is the company’s inability to gain control of their public perception. So what if the founder was an oddball with a fetish or two, that should have been secondary to the products they sell. If the guy wasn’t someone who made people want to be like him, then he should’ve been far away from the picture that paints the company image. Real hipsters don’t look at other hipsters and say “I wanna be a hipster!”

Ok, we get it, not using sweatshop labor means that the cost of manufacturing will go up. But f*ck! $46 for a striped tee and $88 for a blue hoodie!?