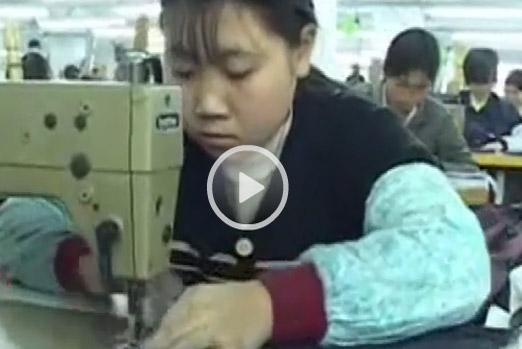 For those of you who haven’t seen it yet, China Blue will begin free streaming on Friday, August 12, 2011 through August 14th, on ITVS’s Indies Showcase.

There will be a live chat on Beyond the Box with the filmmaker of China Blue (Micha Peled) and PBS NewsHour’s with Hari Sreenivasan, on Friday at 11AM PT / 2PM ET. Peled and others will be there discussing globalization and other important issues raised in his film.

Filmakers like Micha Peled need to make money, but it would be nice if they put the documentary on YouTube for everyone to see how their clothes are made.

The message from Teddy Bear Films also mentioned their latest project which is almost ready:

It’s called Bitter Seeds and it focuses on the suicide crisis among farmers in India who can no longer make a living with genetically modified (GM) seeds as their only option. Bitter Seeds starts the festival circuit next month, and will be released elsewhere next year.

One Reply to “Watch China Blue Sweatshop Documentary For Free”