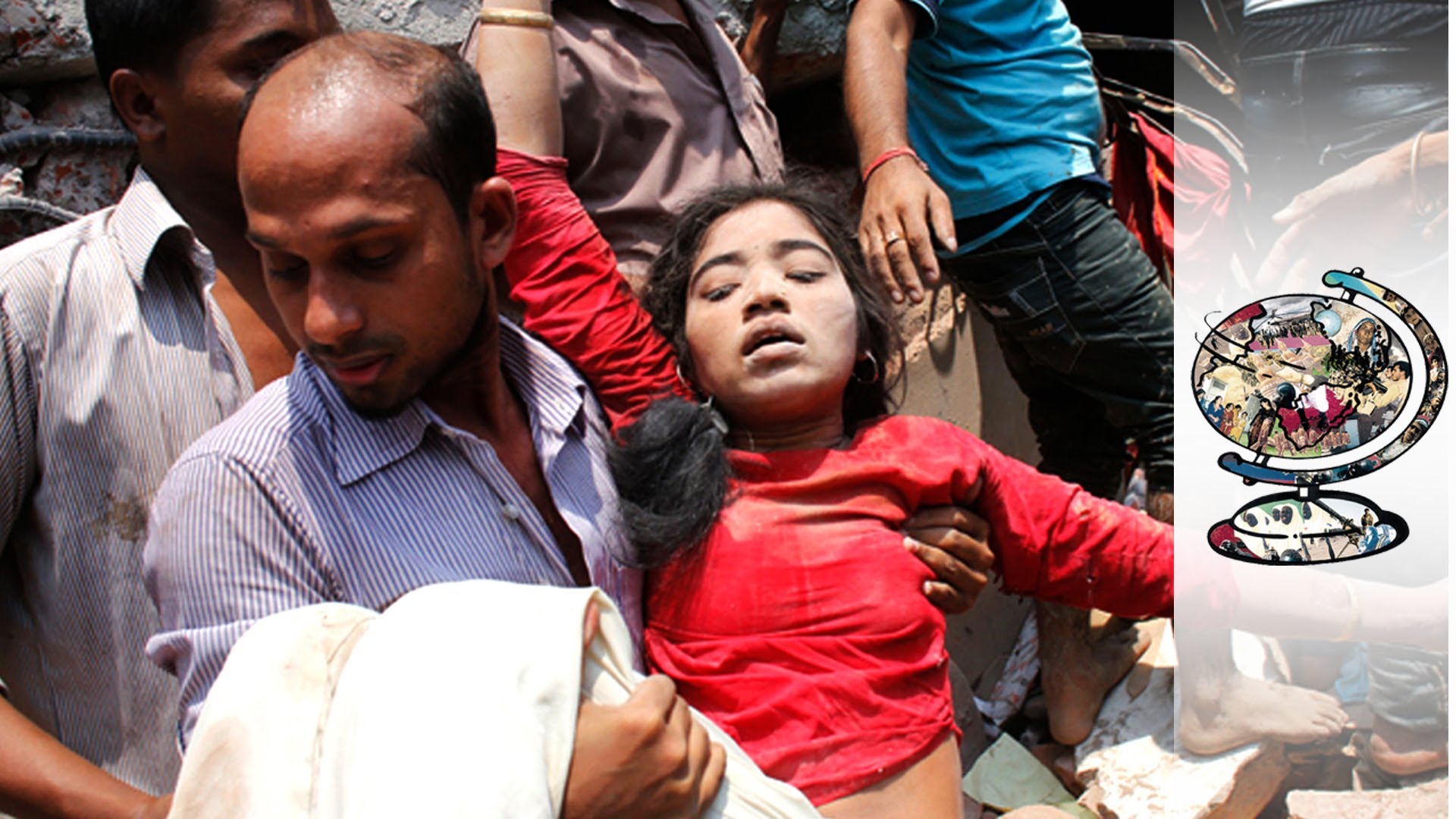 This video was produced in 2013 and gives a look at the conditions of sweatshops in India. Would you still buy that dress after watching this?

Fashion Victims – Bangladesh: The shocking truth behind the real cost of your favourite clothes, Bangladeshi lives.

Everyone loves a bargain, but what’s the real cost of cheap clothes from Bangladesh’s sweat shops? Severed limbs, cruel labour conditions and 1000 dead. How could so many of the West’s top fashion brands have allowed it?

After being trapped in the collapsed Rana Plaza factory, Aruthi’s leg was amputated, leaving her bereft. “What can I do now?”, she asks. It is unlikely that she, or any of the other survivors or families of those who died in the collapse of the Rana Plaza building, will get much compensation. In recent years, international companies have flooded into Bangladesh to take advantage of lax labour laws and the lowest wages in the world, paid to the predominantly young, female workers. Workers describe a miserable existence, long hours, pitiful pay and abuse if deadlines aren’t met. In some of the worst cases there are even threats of jail. “Workers are being arrested, beaten, tortured … you know, sexual harassment, just on and on. This was a miserable sweatshop.” Local factory owners claim they are squeezed so hard by retailers they simply can’t afford to ensure their factories are safe. The explanation is simple according to one European buyer: “It’s price, price, price and profit”.

Journeyman Pictures is your independent source for the world’s most powerful films, exploring the burning issues of today. We represent stories from the world’s top producers, with brand new content coming in all the time. On our channel you’ll find outstanding and controversial journalism covering any global subject you can imagine wanting to know about.

Learn more about the 2013 Savar Building Collapse on Wikipedia

3 Replies to “Fashion Victims – Bangladesh: The Shocking Truth About Sweatshops in India”